Sir Walter Scott pronounced Stamford to be “the finest sight on the road between Edinburgh and London”. “If there is a more beautiful town in the whole of England, I have yet to see it” wrote the historian Hoskins.

5 miles to the west of Stamford, across the Great North Road, called less romantically nowadays the A1, lays another gem. A golfing gem - The Luffenham Heath Golf Club. Widely acknowledged by golfing cognoscenti as one of the finest and most challenging heath-land courses in the Midlands and beyond, it lies in the gently rolling countryside of Rutland, England’s smallest county. Surrounded by woodlands and delightful stone villages, this wonderful course perfectly encapsulates the County’s motto “Multum in Parvo”.

In 1909, Lord Willoughby de Eresby first proposed the construction of a golf course on 250 acres of land known as South Luffenham Heath. At the time Sunday shooting was under threat and it was necessary to find diversionary entertainment for his visitors to nearby Normanton Lodge ( the remains of which now overlook beautiful Rutland Water, formed by flooding the Gwash Valley in 1975). Local dignitaries supported the idea and, more importantly, so did his father Lord Ancaster on whose land the golf course was intended. Membership was to be encouraged and it was hoped to persuade the London & Great Eastern railway to halt at adjoining Fosters Bridge to allow golfers from Peterborough or Leicester to disembark. This request failed but, for a while, the course became an unscheduled stop with members climbing up or down the embankment on ladders. Members eventually had to travel by pony & trap from nearby railway stations. At the time, Harry Colt was helping with the design of Woodall Spa in adjoining Lincolnshire. As Lord Willoughby was President of that Club also, Colt was doubtless persuaded to have a look at the new venture. Funded by the Ancaster estate, Harry Colt was subsequently commissioned to design and supervise the construction of the course.

Colt, although qualified in law, increasingly turned his attention to course management and design and rapidly became one of the most sought after course architects of his time. Although an early collaboration with the more widely acclaimed Alistair MacKenzie was short-lived, his partnership with Charles Alison resulted in course design which is still in evidence today at many famous courses world-wide including Rye, Alwoodley, Sunningdale, Wentworth, Stoke Poges, Swinley Forest and, Luffenham Heath.

The course was opened in 1911 with a celebrity match, witnessed by over 1000 spectators, between James Braid and Harry Vardon, both eventual winners of 5 Open Championships each. Vardon’s opening drive cleared the course boundary, the Morcott to Ketton road and landed in the adjoining field. Braid’s afternoon 72 remained a course record for many years and remains a very respectable score indeed; given driving rain, a course measuring only a little less than 6000 yards and the equipment of the day. Braid eventually turned to course design and his appreciation of the course must have been sufficient to persuade him, between the two World Wars, to return and advise on changes that were needed.

Set in the Quorn and Cottesmore hunting country, it is hardy surprising that the Club attracted an aristocratic membership from far and wide. Viscount Castlereagh first became Captain in 1912 and again in1932, this time with the title Marques of Londonderry. The Castlereagh Cup for the Club Championship dates back to 1912. In 1928 the Prince of Wales, later to become the uncrowned King Edward V111, was invited to become Captain; a position commemorated by the presentation of a trophy in 1929. The Prince of Wales Cup is contested annually as an 18 holes medal.

Appreciable changes to the course layout were avoided until they were enforced from an unexpected source. World War 2 demanded food for Britain and the Ministry of Agriculture and Fisheries insisted in 1943 that Luffenham Heath should be ploughed-up to help the war effort. Diplomacy prevailed and the damage was limited to the top 60 acres of land on which holes 9, 10 & 11 were then played. Compensation to the Club amounted to £33 per annum. To assist in the same war effort, an exhibition match was held in 1941 which included three times Open Champion Henry Cotton. £200 was donated as a result to Red Cross. The land lost to the plough has never been re-instated as part of the course but by the end of 1946 an 18 hole course was back in play with a re-arrangement of holes 9 & 10 and new holes for 11 & 12 The course has remained in this layout ever since apart from cosmetic changes made over the intervening years by C K Cotton, Donald Steel and Cameron Sinclair.
​

In April 1951 the Club took the opportunity to purchase, with membership donations, the freehold of land and buildings from the Ancaster estate for the sum of £6,000. The Members Club, in the form in which it exists today, dates from 1964.

In addition to man-made changes, nature has had a profound effect over the years. The original open heath-land, cropped by sheep and deer, has gradually converted into coppices of hawthorn, gorse and heather, still surrounded by glorious scenery. Oak, birch, ash, pine and larch trees have matured from saplings to give parts of the course a woodland feel although a large number of mature elms were lost to the ravages of Dutch elm disease in the early 1970’s. The course remains delightful with its infinite variety of holes in memorable settings. The opening and closing holes are built on free draining limestone which encourages the growth of fine calcareous grasses. The result is fairways to equal the best, encouraging accurate iron play onto fast, slick greens. These grasses are of National Botanical importance and the entire course was declared a Site of Special Scientific Interest (SSSI) in 1973. It is currently managed in agreement with Natural England to ensure the propagation of rare flora and fauna. The course teems with discreet wild life with the occasional red kite wheeling overhead and nightingales trilling in the evening sun alongside the 18th fairway. Rare plant species include alkaline heather, clustered bellflower and pyramid orchid. Marbled white and the almost extinct black hairstreak butterflies have found our blackthorn to their liking and roe and muntjac deer sometimes halt play as they meander across a fairway.

As the course rises up from the river Chater to a height of 300 feet above sea level (reputedly the first high point east of the Ural mountains), stunning views are revealed and the character changes to a more open aspect with wind playing a dominant role. The shorter, picturesque 3000 yard front nine is followed by a more daunting back nine of 3400 yards including stroke index 1 hole 13, a dog-leg well-bunkered par 4 measuring 481 yards. Hole 14 is a less demanding par 4 respite with views from the 15th tee of the three neighbouring counties of Lincolnshire, Cambridgeshire and Northants. Glorious springtime stretches of hawthorn and blackthorn guard the fairways on either side giving an atmosphere of tranquillity and seclusion.

It became apparent that titanium head drivers with graphite shafts hitting the modern construction of golf ball were beginning to threaten the challenge of the course which had stood the test of time for almost a century. Dr Martin Hawtree was commissioned in 2003 to examine these threats. His proposals were accepted with the result that all 70 original bunkers were renovated, deepened and/or repositioned with a further 6 added to catch big-hitters playing from the new blue-tee course measuring 6560 yards. 6 men’s tees and 3 ladies tees have been built and two new greens add length to holes 8 and 10. These changes came into play during the summer of 2006. The level of difficulty has resulted in an assessed standard scratch of 73 with a par of 70 from the back tees. But the less able golfer has not been forgotten with a choice of green, red, yellow and white tees to choose from. Dr Hawtree is retained as consultant architect by the Club. His annual review results in gradual improvement to the course every year.

Luffenham Heath retains its essential character that has been enjoyed by visitor and members alike since its formation in 1911. The original clubhouse, extended on several occasions, is a friendly haven for a pint of beer or a welcome cup of tea after battling down the superb par 5 finishing hole of 552 yards. This friendly monster follows the Luffenham signature hole, the downhill 200 yard par three on which Hawtree commented “this needs no change”. Signature hole? Perhaps not. Some would say the lovely blind 4th, or the tricky uphill 7th or maybe the extended 10th with its new green and clever bunkering. Yes, a visitor is truly spoilt for choice. The course has charm, character and challenge. The welcome is genuine. One never, ever tires of playing or returning to Luffenham Heath. It is timeless in a busy world. 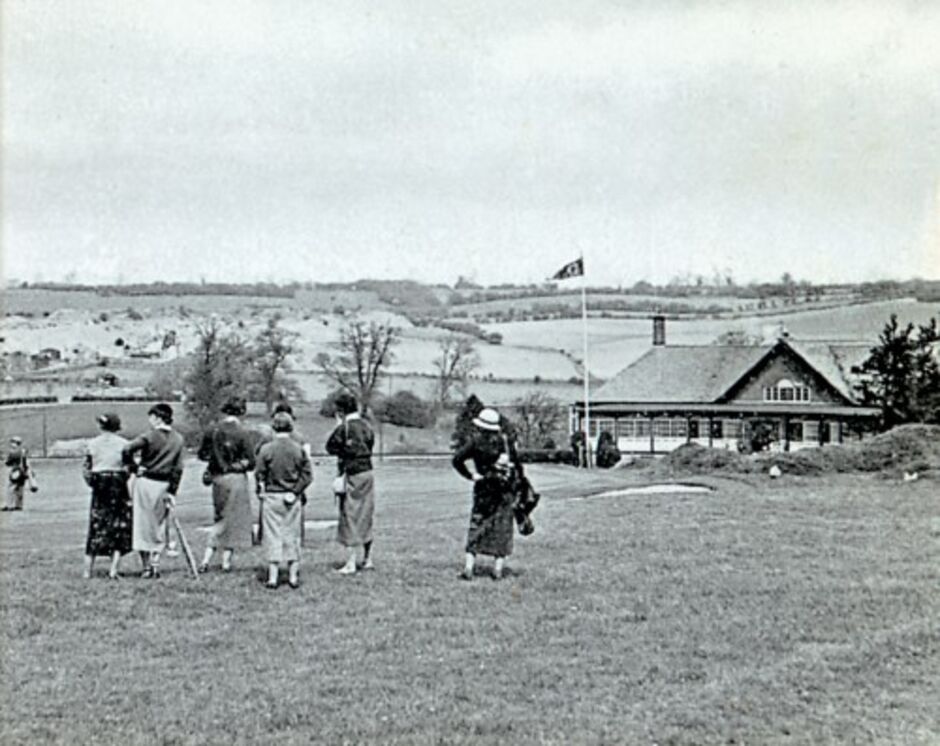 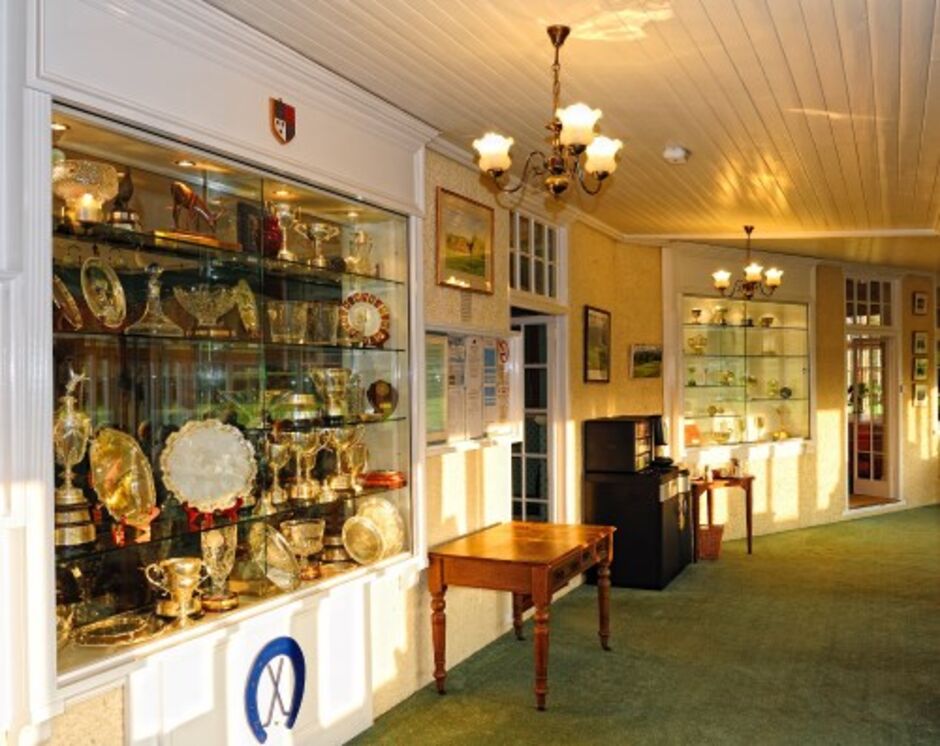